A Story of Resilience: Pierre Greene 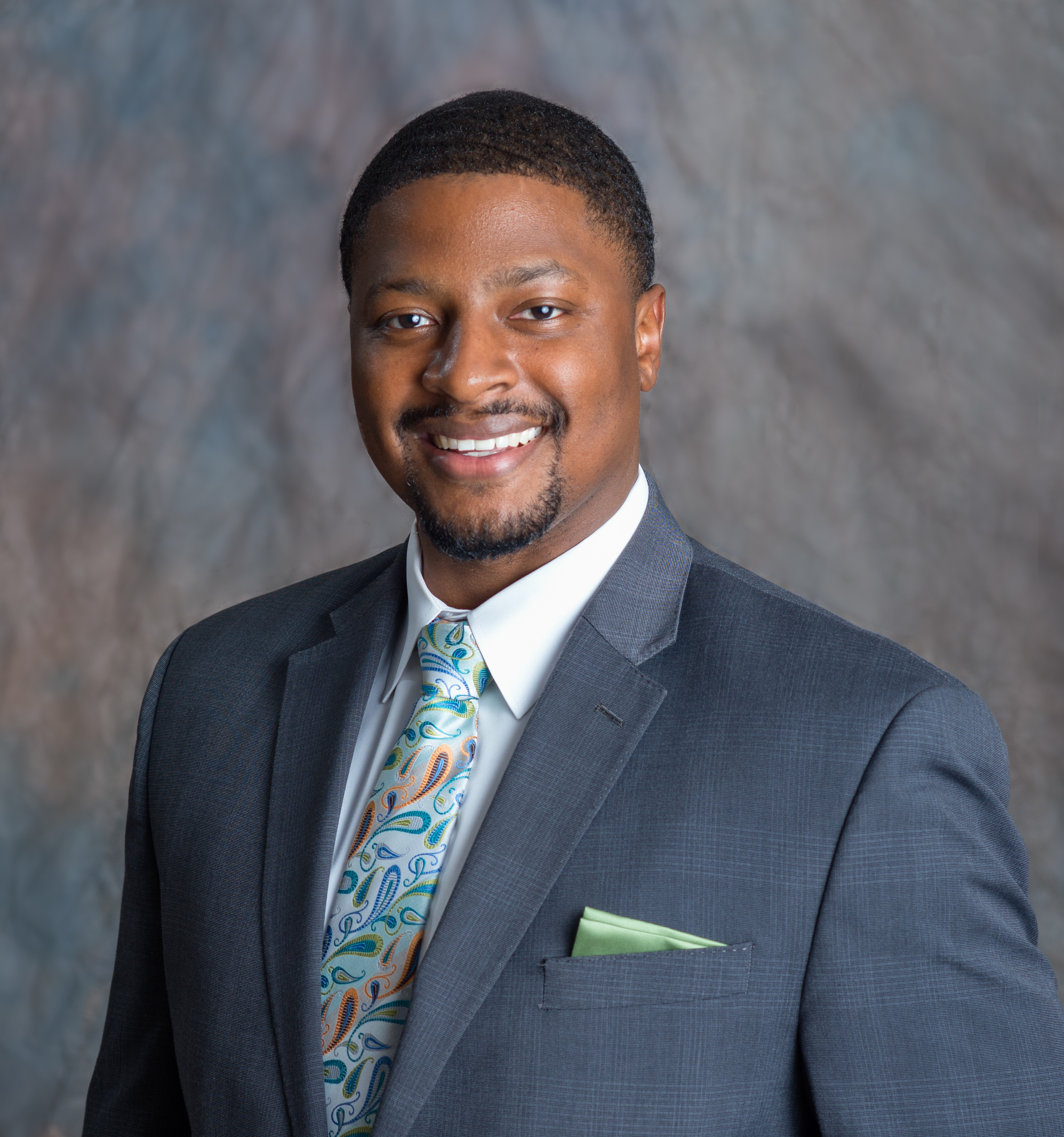 Pierre Greene is a Community Board member at ChildSavers and the Pastor at Poplar Mount Baptist Church. He is deeply involved in the community and his life experiences in childhood inspired him to serve others. In this blog, Pierre shared his story of trauma, resilience, and the people and things that helped him rise above to build a whole life for him and his family.

Growing Up in Southside Chicago

In the 1980s, Pierre grew up in the Southside of Chicago. His parents divorced when he was 12 and his mom raised him. “I remember being 14 or 15 and kids making fun of me because I knew people that had substance abuse issues. Kids can be cruel and that’s tough. You learn to deal with it and move on. I never shared some of my experiences before now because I didn’t understand how it affected me and that it was trauma. But, that’s a part of trauma. I didn’t realize it. It was normal [to me]. When it happens to you and you’re close to it, you don’t realize it is not right. As you get older and you look back you realize it wasn’t right.”

It wasn’t until he was well into adulthood that he realized the environment he grew up in was not typical. He says it was his wife, Tiffany, who pointed out to him that parts of his childhood weren’t something that everyone experiences. “I did not realize how much violence and death I heard about or witnessed [second hand] until I was older.”

However, despite growing up in a neighborhood surrounded with gang activity, he described it as a tightknit community. “These were good people,” he said. He remembers when he entered high school; he was told that only one out of three students would “make it.” “The other two would go to jail, drop out, or get killed. We were 14,” he recalls. Moreover, he says, some of his peers went exactly that way. However, he did not. “Seeing people get killed or getting locked up was a part of my life. You don’t realize it is not normal until you get out of it. On the flip side, you learn to survive there so you learn to survive anywhere. You have the mentality that you are going to make it.

He credits his survival to his uncle, mother, a cousin, and his coaches. His mother came to every basketball game and his coaches pushed him to go to college. One of his coaches, Tyrone Slaughter, told Pierre he couldn’t worry about what went on in Chicago because he had to go live his own life. Pierre wasn’t just a good athlete, he was an excellent student as well. He graduated in the top 15 of his class and was in the National Honor Society. It wasn’t just supportive adults that helped Pierre succeed, it was his cousin’s example that pushed him too. Pierre remembers looking up to his older cousin, Ameen Burton.

“Everything he did, I wanted to do.” Ameen went to school, he played basketball, and he went to college. For Pierre, Ameen set the standard and he says he mimicked Ameen’s success. When it was time to choose a college, the University of Illinois, DePaul, and Old Dominion University recruited Pierre. When making his decision, he listened to his uncle’s advice.

“My uncle, Rodney Burton, said to never forget where you came from. You were raised in Chicago, you can go anywhere in the world.” His coach also urged him to venture from familiar territory. As a result, Pierre chose a school out of state so he “wouldn’t go back to what he knew.” He knew there was a bigger picture and he needed to prove to himself that he could learn and mature as a man.

Getting Outside the Comfort Zone 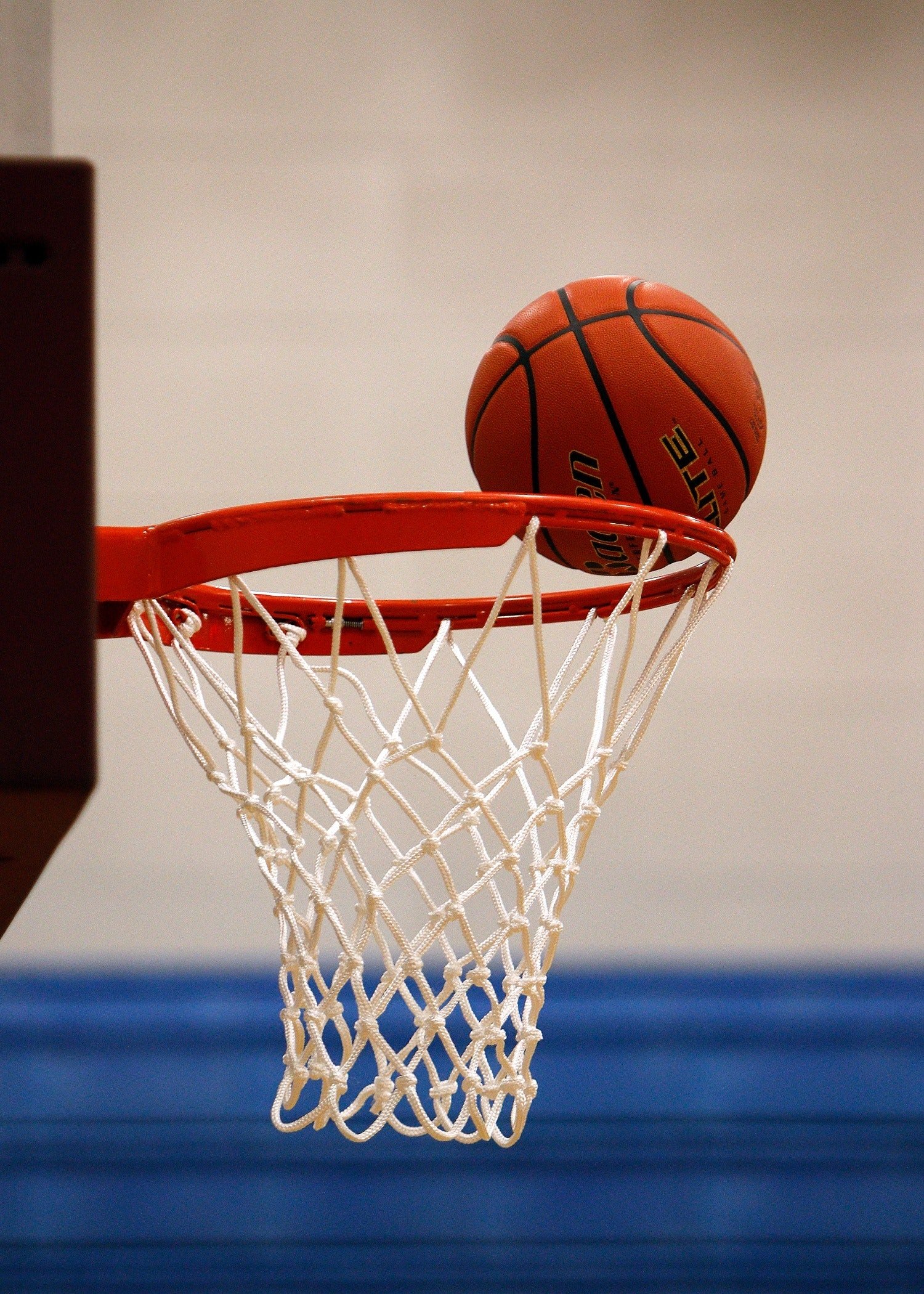 Coming to Virginia was the best decision he ever made, said Pierre. “I had no one to run back to so I had to figure [life] out.” Basketball had kept him focused on his goals in high school, it had been his way out. Nevertheless, he reflected, no one ever asked him if he wanted to go to Harvard or Yale. The focus for his success rested on his abilities as an athlete, not as his success as a student. Since he was one of the kids that would “make it” the adults who cared for him pushed him to use basketball as his ticket out. “They only asked what I wanted to do with basketball because that’s all that I talked about. I never told anyone how much I enjoyed school. I didn’t want to be looked at funny. I wanted to make my family proud. And I thought basketball was the only way to do that. The options were go to school, get a degree, and get a job. They would tell you to get a good job.”

The advice he received was about stability and he gravitated towards a banking job. Later, Pierre became an independent financial advisor for Capitol Financial Solutions. He sees ministry and finance as a way to help others. “I enjoy serving people. I enjoy helping people. With the financial piece, you can educate people on their finances. Ministry helps them and the role of the church, you can share a story to help people get through [tough times] or reach goals that they have not reached. The spiritual side helps them become whole,” he said.

Listening to Pierre, you can see his life is a full one but his journey was not an easy one. When asked what advice he would offer young people who have experienced trauma or adversity he says he would tell them not to let it define them. “Find those cheerleaders in your life that will support and protect you. Push. You don’t have to have all the answers but be willing to try and show up each day.”

He still processes his trauma and he says his wife has helped him work through it. “I am thankful for my wife because I had not talked about everything I experienced. She recognized my trauma and she gave me the support and pushed to tell me it was OK to tell my story. She is big on saying I am not a victim.” He says that she is his rock and his biggest supporter. They have a dialogue, he says and they lift each other up.

Together, Pierre and Tiffany are raising two boys to be emotionally intelligent so they grow up well rounded. Tiffany is a [secret] advocate for kids, said Pierre. “She doesn’t enjoy the spot light but will speak passionately when it comes to children’s needs. She doesn’t want to see a kid being mistreated or alienated because of circumstances that are beyond their control. She is in school to be a therapist. She wants to make sure kids have equality and equitable resources. If a kid has ADHD, is trans, gay, whatever – make sure they have a place to learn and grow academically and emotionally.” A safe place to learn and just be children is what Pierre works to support. He lives it every day. Not only is Pierre a financial advisor and Pastor, he is also the Chair of Henrico County Gifted Advisory Committee and the Chair of the Criminal Justice Board for Henrico. It’s also one of the reasons Pierre got involved with ChildSavers.

A friend, Ken Ampy, introduced Pierre to our CEO, L. Robert Bolling. Pierre was amazed by ChildSavers’ mission he said. “I was like wow, you do the same type of work kids in Chicago needed when I was growing up,” he said. “I don’t recall kids having counselors at the school when someone as killed. We didn’t have a place to work out our feelings. If you did something it was a discipline issue and it wasn’t recognized as a mental health issue.” He sees the value in providing trauma-informed mental health therapy to children and it has helped him understand his own.

ChildSavers is fortunate to have passionate community members like Pierre that support and guide our work. We thank him for his work. 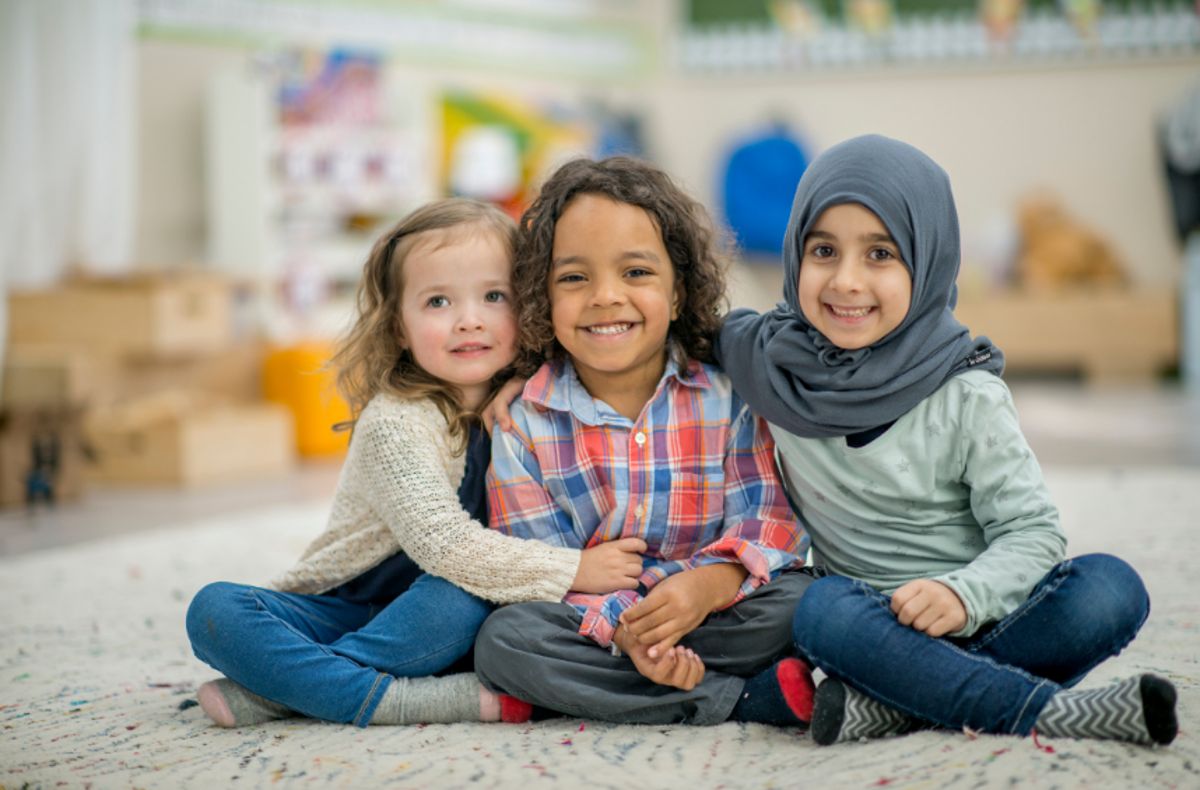 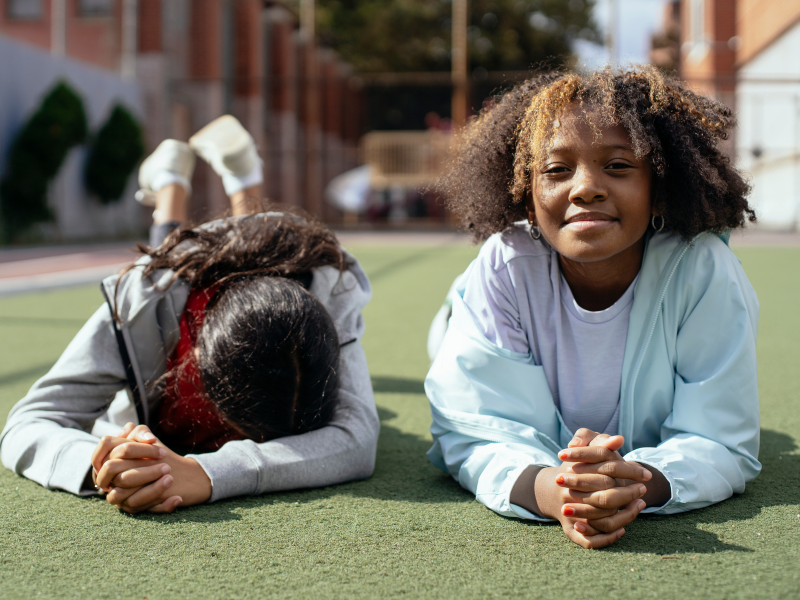 How to Help Children Manage Anger: The Ultimate Guide (All Ages)

There’s a quote by an unknown author that says, “Children are not giving you a hard time. They are having a hard time.” Anger is 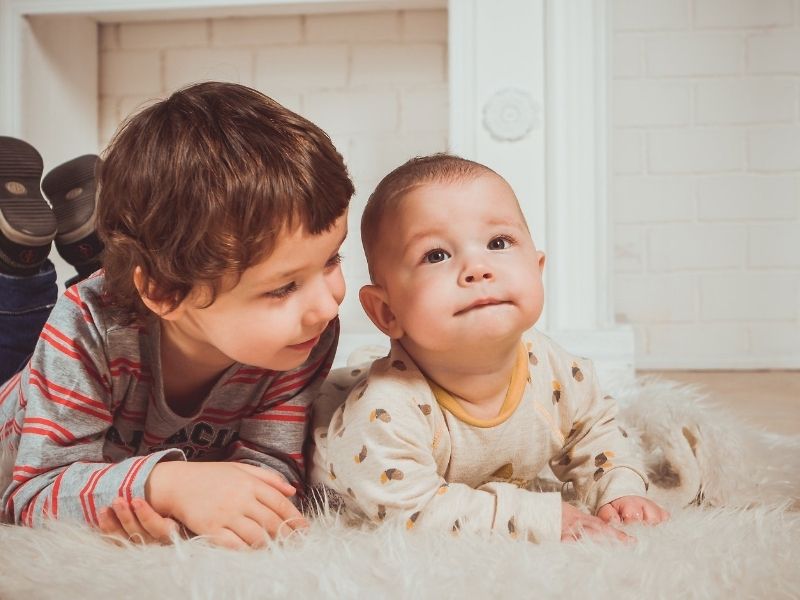 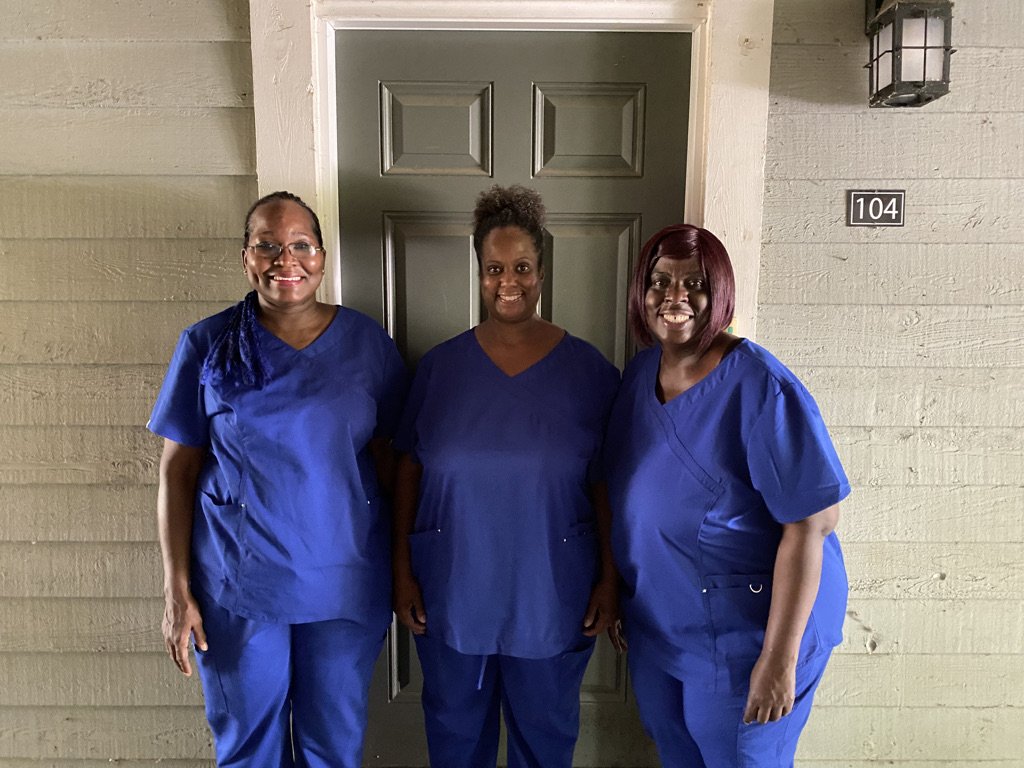 One of the many gifts we receive in life is the opportunity to pave smoother paths for future generations, allowing our community’s children to not only advance, but thrive. This is both our responsibility and honor.  Mrs. Andrea W. 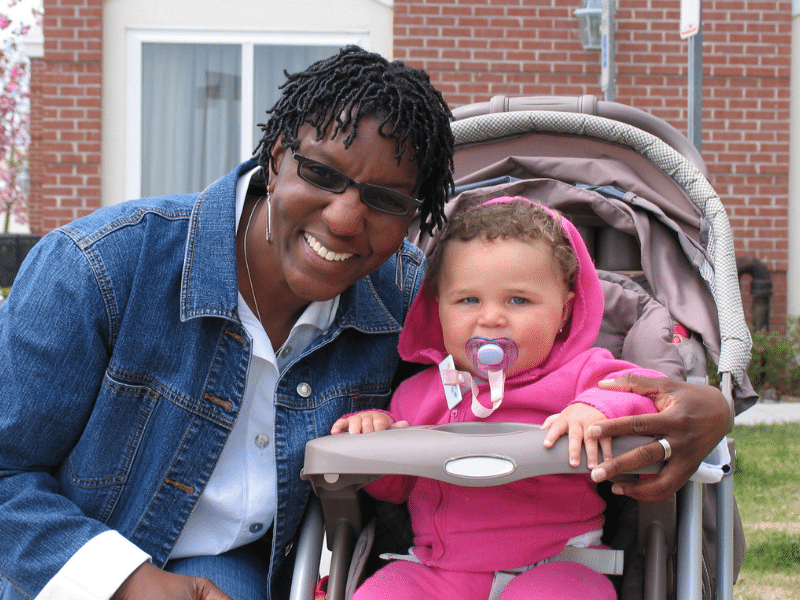 Top 5 Things to Look for in Daycare and Child Care

Choosing child care for your child is one of the most important decisions families can make. Sometimes parents and guardians are left choosing between two